We are looking for funding in order to move forward with our next clinical trial. Read more below. 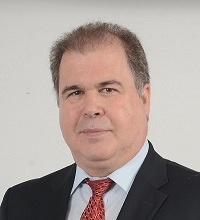 CEO, founder of Medicortex, and Chairman of the Board

About: Dr. Harel has many years of experience in the pharmaceutical and biotech industry, and extensive Drug R&D know-how as well as GMP production and manufacturing knowledge. He combines a broad scientific education with extensive industry experience. He´s had several management positions, e.g., he was the CEO of ProNeuron where he was the head of a research division which had more than 20 scientists divided into three teams of research in different aspects including cell therapy, drug development and basic research. Additionally, in his last position, before Medicortex, he was the CEO of BrainStorm Cell Therapeutics (BCLI), a publicly-traded company in New York. 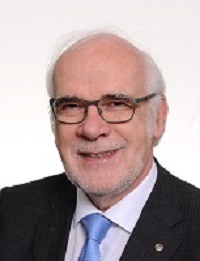 Chief Medical Director and board member

About: Dr. Kvist is an Associate Professor (Docent) in General Practice at the University of Turku and in Public Health at the University of Lapland. He has previously been a Team Leader for an International Project on Monitoring and Evaluation of the Health Reform in Egypt, and done corresponding activities in Lesotho. As an Adviser for WHO, he has been running projects in 16 countries in the European region of WHO (EURO). Dr. Kvist has also been an adviser for three parliaments (Italy, Sweden and Finland) and many Ministries of Health in the European region. He has been successfully running projects related to the reconstruction of health care in post-war Bosnia and Herzegovina, and he has been in charge of the training of the staff in General Practice and Rehabilitation and for the reconstruction of rehabilitation centers (Banja Luka and Doboj). In cooperation with four universities in Russia (Moscow, Samara and two universities in St. Petersburg), he has developed the first Evidence-Based Medical Guidelines in Russian Federation in primary health care.

No. of shares in Medicortex/shareholding: 34 525 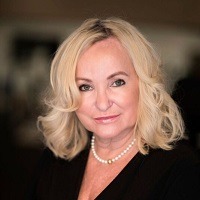 About:Anna Tenstam has over 30 years of leadership experience in pharmaceutical, medical devices and medical aesthetics companies worldwide. She has held executive positions in several global companies in these industries, as well as managed global brands and has been involved in several exits with companies such as Medicis, J&J, and Galderma. Tenstambuilt and managed global and local distribution networks via branches and distribution partners. She has served as Sr Advisor and fundraising executive for pharma and medical devices companies. Tenstam is thenational project lead for Female Health Networkand amember of Pokerface business network with entrepreneurs in Sweden. Lately she has been prioritizing a mentoring role to aspiring business people who are looking to enter the medical industry, and coaching young entrepreneurs in Sweden.

No. of shares in Medicortex/shareholding: 0