Every year more than 60 million people suffer brain injuries. Worldwide, 10 million new cases per year result in death or hospitalization. In Europe, 235 per 100,000 persons are affected by serious TBI, i.e. 2.5 million new cases per year, 75,000 deaths (on average 205 per day), and 400,000 permanent impairments, costing Europe €100 billion annually. In the US, around 2.8 million individuals per year suffer from TBI of all levels of severity. Mild and moderate TBIs constitute more than 90% of TBI cases; this injury range represents the greatest challenges to accurate acute diagnosis and outcome prediction. A rapid diagnostic test can lead to immense savings in public healthcare cost and medical complications.

Traumatic brain injury in children is a growing concern. Children are the most prevalent age group suffering from TBI. They have a large head compared to rest of their body; less myelinated brain cells and thinner cranial bones, and they are prone to falls during normal play. Falls are the most common reason for brain injuries. The damage will disrupt learning and performance in school. It can even lead to socio-economic difficulties in the child´s future.  Children are also the most difficult to diagnose. They cannot communicate their symptoms until they reach the age when they acquire the ability to speak, and even then they are unable to properly describe their condition. They are also under an increased risk of receiving lethal malignancies from the radiation of CT scans. A US study estimated through the NEDS (Nationwide Emergency Department Sample) database that between 2006 and 2013 a total of 6,089,930 children were diagnosed with TBI. Another US study found that in 2007 children under 14 had a total of 460,000 visits to the ED, and in 2013 the number was 640,000. The median age group is between 0–4 years! A number of studies have reported a rising trend in these numbers.

Many biomarkers have been suggested for TBI but only one blood based biomarker protein has resulted in an approved test. We have already proven that our biomarker is strongly correlated with TBI, allowing us to address a TBI point of care (POC) diagnostics market that will exceed €2 billion annually. 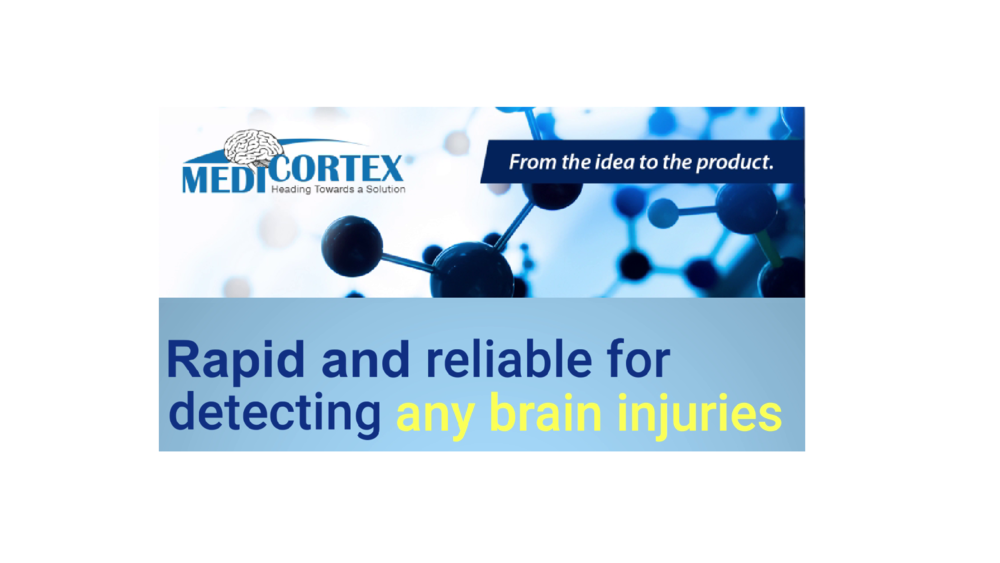 An example of a wrong return-to-play decision happened when Victoria Azarenka, a 21-year-old tennis player, collapsed in the US open midgame. She had suffered a head injury before the game while warming up. She had been examined by medical personnel, who did not find anything wrong with her, just before the game. She was later diagnosed with mild concussion.